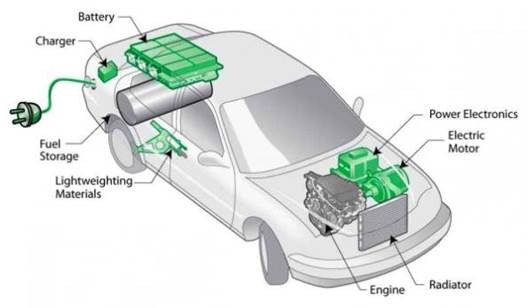 Electric Vehicle Components Market Is Estimated To Be Valued At US$ 1001.95 Billion By 2032

Electric vehicles originated in the late 18th century. Since then there have been numerous developments in the electric vehicle including the evolution of batteries, no noise pollution at all, and adaption of the technology in cars after bicycles and motorcycles. The use of lightweight material in the manufacturing of e-vehicles gives a new dimension to e-motor racing.

Which region holds the major share of this market?

Asia Pacific leads in the sales of e-vehicles because of countries like India and China owing to benefits such as government subsidies and large-scale domestic production hence increasing the electric vehicle component market. North America, Latin America, and Europe are also estimated to drive the global electric vehicle component market owing to a significant focus on minimizing vehicular emissions leading to the growing use of e-vehicles over the coming ten years. The governments in this region are actively taking steps to improve infrastructure and components. Countries like China and India are set to be dominant market space for EVM components owing to the rise in sales of electric cars.

The market is characterized by key players which are offering a wide range of EV components that are particularly dedicatedly to the production of passenger cars and electric buses. Companies focused on innovation and technologically driven change. These companies are opting for strategic collaboration and mergers in order to increase business reach. These players are focused on the research and development into electric vehicle components that make these firms stay competitive in the market.