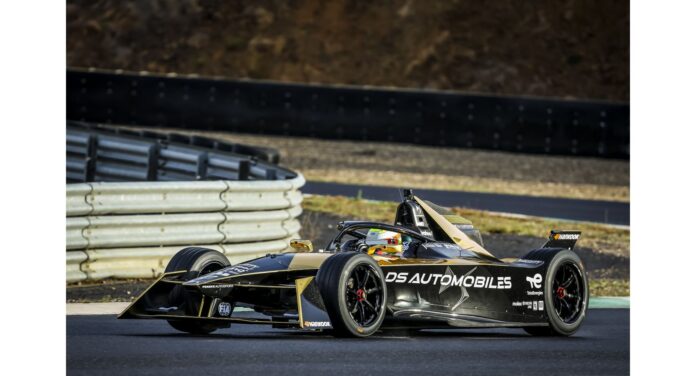 The FIA ABB Formula E championship is back with the traditional pre-season tests, which will take place from December 13-16 at the Ricardo Tormo circuit in Valencia (Spain).

As a result, the official Gen3 era finally gets going as of tomorrow. After several months dedicated to the development and fine-tuning of the third-generation Formula E car, the 11 teams entered into season 9 will face each other for the very first time over three days of official timed practice. These are key test sessions, which is why the DS PENSKE team is fielding the most decorated line-up of drivers on the entire grid, courtesy of reigning champion Stoffel Vandoorne, as well as Jean-Eric Vergne: the only double champion in the series history, who won his Formula E titles in 2018 and 2019.

Also at the test, Oliver Turvey is nominated as reserve and sporting advisor for DS PENSKE. The Englishman is a Formula 1 test driver and former factory driver in Formula E throughout eight seasons. He now brings the team the benefit of his immense experience and will take the wheel of the DS E-TENSE FE23 if any of the regular drivers are indisposed for whatever reason.

With the very first laps ready to run for the 22 third-generation Formula E cars, DS Automobiles (a two-time champion in 2019 and 2020) and PENSKE AUTOSPORT have all the tools available to battle right at the forefront of the 100% electric series.

« Over the last few months we have been working hard to set up our DS E-TENSE FE23. The development of this third-generation Formula E car has required a lot of commitment from each and every person in the team, concentrating on the smallest details. The tests in Valencia are consequently crucial, as we will see where we stack up against the other teams for the very first time! Furthermore, we are delighted to welcome Oliver Turvey as reserve driver and sporting advisor. His huge experience in Formula E is set to reinforce what is already a super line-up within our team. »

« Oliver not only brings incredible credentials to the team, but an acute racing intellect. He has all the qualities we were looking for with this role. He is experienced and has demonstrated his racecraft throughout the last seasons. We look forward to working with Oliver in Season 9 and beyond. »

« I am delighted to be joining DS Penske as Reserve Driver and Sporting Advisor. It is a real privilege to join a championship winning team and one of the most successful manufacturers in FE’s history. I am looking forward to working closely with both JEV, Stoffel, and the whole team, using my experience in the series to help them challenge for another championship at the beginning of the Gen3 era. »