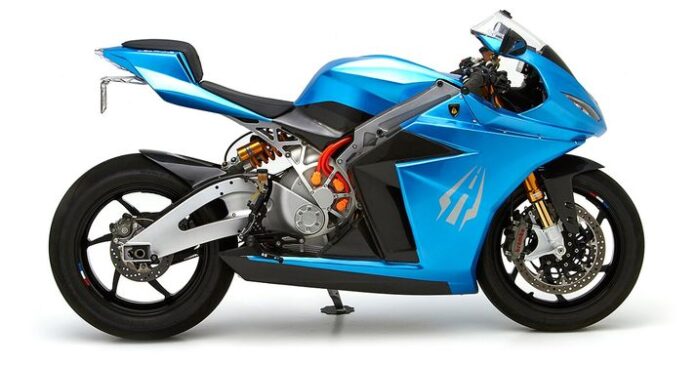 With an impressive specs chart, let’s take a closer look at the Lightning Strike and discuss our favorite features.

Going green seems to be one of the few things that the vast majority of us agree on when it comes to the future of the motor world. With the rise of electric cars, scooters, and motorcycles, we are seeing the beginnings of a new, sustainable, and clean future for the automotive industry.

Since the company was founded, it has gone on to build amazing bikes that have outperformed much of its gas-powered competition. The Lightning Strike motorcycle is one such bike; it boasts bucket loads of performance along with marked good looks.

With an impressive specs chart, let’s take a closer look at the Lightning Strike and discuss our favorite features.

The Lightning Strike motorcycle was long-awaited before making its debut in 2019. This came after a long teaser campaign that had bike enthusiasts at the edge of their seats. This fully electric bike is designed to dominate both on and off track.

If you look closer at the Lightning Strike motorcycle, you’ll realize that it has a similar stance to the Lightning LS 218; indeed, they are actually the exact same. For a comfortable ride, Lightning Motorcycles across the board are designed with ergonomic handlebars and footpegs.

The Lightning Strike Comes With An Awesome Carbon Edition

The Lightning Strike motorcycle has three trims, each with a different powertrain. The first is the standard Lighting Strike. This bike is powered by a 10 kWh battery pack that has a range of 99 miles in the city and 76 on the highway. These performances are both in full charge.

The second is the mid-range Lightning Strike motorcycle that uses a 15 kWh battery pack. This one provides a range of 150 Miles in the city and 105 Miles on the highway from a single charge. The third and last trim is the most powerful, however.

This is the top-end trim that also houses the Carbon Edition. This trim is powered by a 20 kWh battery pack with a range of 200 miles in the city and 150 Miles on the highway. Again, all of this is on a single charge.

All in all, the Lightning Strike is a flashy and powerful bike that emphasizes how far EV technology has come. It’s also certainly one of the best that Lightning Motorcycles have to offer.

Electric Vehicles Magazine - February 3, 2023 0
As part of the event launch, Nissan today unveiled a physical concept model of its Max-Out EV convertible. The model was previously shown in...
Go to mobile version