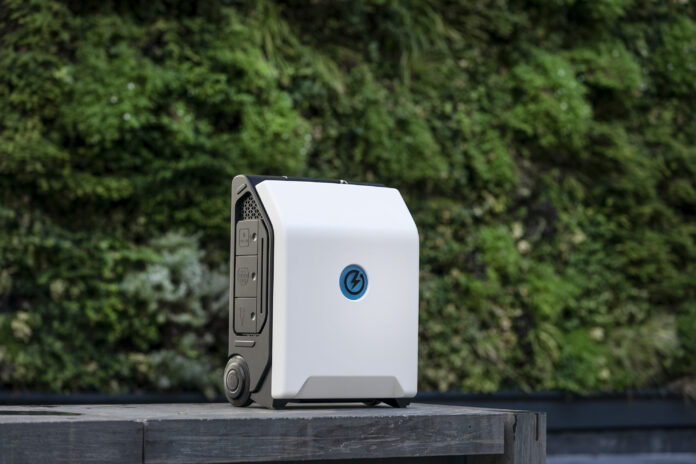 Zipcharge Go: the portable charger for your EV

Zipcharge describes the Go as a ‘power bank on wheels’ and aims to make EV ownership easier by providing consumers with a more accessible home charging solution.

The UK-based firm says that it is putting the Zipcharge through rigorous testing and will create several prototypes through the validation and pre-production stage of development.

Thanks to its lightweight design and wheels for ease of use, the Go allows EV drivers to charge their car in any location.

The firm says that when connected to an EV the Zipcharge Go can deliver 20 to 40 miles of range in around 30 to 60 minutes, depending on the capacity of the Go.

Zipcharge’s portable solution also has a AC/DC inverter for two way charging, allowing it to store power when the price of electricity is low and return it to the grid at peak times.

Alongside hardware testing, Zipcharge is also developing a bespoke control system and mobile app to allow users to operate the Go with a smartphone.

The Go has a number of security features including geofencing and device tracking, with users able to use the app on their phone to monitor the portable charge anywhere thanks to 4G connectivity.

Users can also schedule the device to charge at a specific time.

ZipCharge is also developing a built in artificial intelligence system which they will set up to learn user charging patterns, to make schedule recommendations and optimise charging to save money and reduce the load on the grid.

“Since our launch at COP26 in November last year, ZipCharge has received an unprecedented level of interest from potential customers around the world.”, said Zipcharge co-founder, Jonathan Carrier.

“We expect to confirm final pricing later this year in Q4 2022 as part of the pre-order process. Our mission is to democratise EV charging, which means the ZipCharge Go will be competitively priced and comparable to the purchase and full installation cost of a fixed home charger.”

Electric Vehicles Magazine - February 3, 2023 0
As part of the event launch, Nissan today unveiled a physical concept model of its Max-Out EV convertible. The model was previously shown in...
Go to mobile version